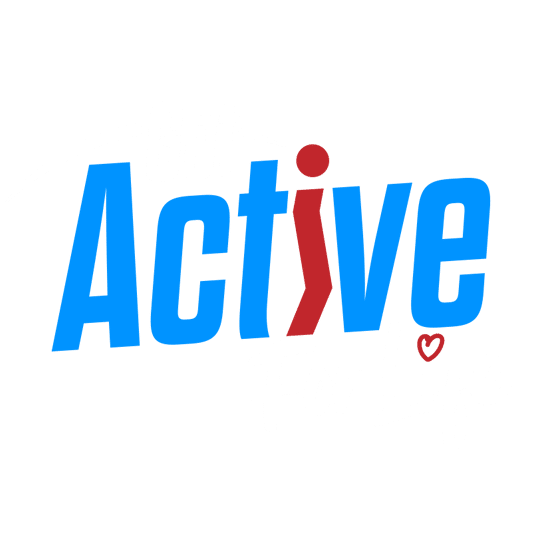 Creating an active community across Nuneaton and Bedworth
Close

The application window is now closed

The ActiveGrants funding is for original and innovative projects that will encourage inactive residents and communities in the Borough to be more physically active. We fund schemes over a period of up to 12 months, and up to the value of £1000.

Sports club, charities, not for profit enterprises and social enterprises.

We want everyone to have an opportunity to participate activities to keep them both physically and mentally active whatever your age or ability. Therefore we offer sports clubs and organisations the opportunity to apply for up to £1000 to develop more opportunities for residents within the borough to be physically active.

One Fit Mama started a brand new class in October 2019 in Nuneaton, as a side project for new mum and qualified instructor Carla who wanted to launch this fun class to help mums get fit, just like she did. We supported Carla with room hire costs and marketing to grow the client base for 3 months which proved really successful and sustainable.

Due to the success of the Nuneaton class, Carla decided to offer the same in Bedworth and we were able to use funds to support the second class. Both classes are steadily building and mums are benefiting from getting fit, meeting new mums and not having to worry about childcare.

From identifying a need through the annual Nuneaton Triathlon Club Aquathlon last May, many children were wanting to take part and have a go at Junior Triathlon. We have supported the formation of this new club, and the Active Grant has been invested in coach development and qualifications, so that young people can be expertly coached through monthly sessions.

In early 2020, there will sessions available to come and have a go, join the membership and discover the excitement of a three-discipline sport!

Nuneaton Tennis Club noticed that there wasn’t a strong proportion of females in the club, and wanted to offer a cheap easy way for ladies to get into (or back into!) tennis. They organised 2 blocks of 6 sessions; one at the beginning, one at the end of the summer holidays at their courts in Caldwell Road, and encouraged women from the area to take part in Fun, Fit, Female.

The project has been a huge success, and many ladies have really enjoyed the blocks of coached sessions, meeting new people and trying their hand at a new skill (or sometimes visiting old ones!). They are looking at replicating the project next Summer to encourage more women to take part, and hopefully join the club moving forwards.

Liz at Stamina Fitness was funded by the ActiveGrants scheme to enrol onto a Mental Health First Aid course, as well as her Level 4 GP Referral course. With this, she is able to provide a great service to the clients in her gym in Keresley, and will be able to be a referral instructor for local GPs to signpost patients to her.

Along with funding from Think Active (Coventry, Solihull and Warwickshire Sport) the space has had a complete makeover, with walls knocked through and new mirrors on the walls.

The space is open for use, membership starting from £20 per month with qualified Personal Trainers on hand to help you on your fitness mission.

The club applied for an Active Grant to up-skill their current players to become coaches, saving money on paying for outsourced coaching. They have also run a number of free/cheaper sessions for juniors, in the hope of attracting younger talent to feed into the senior team in the following years.

The club have also used the money to run free indoor sessions for senior players, encouraging local residents to get back into playing cricket and become active.

The project has been a huge success, growing their junior section from 18 to 39 over the Summer, as well as increasing the girls membership from 1 to 6. This has given them an opportunity to start a girls side next Summer.

Premier Sport is a National company that are committed to getting children active by improving their physical and mental well being. With the help of the Active Grants money, they have delivered girls football sessions in the Wembrook and Weddington areas.

This follows the hugely successful project that started over a year ago at St Michael’s school in Bedworth; this session still operates and regularly delivers to 11-15 children on a weekly basis, and feed into Haunchwood Sports Club (another of our grant recipients).

Griff & Coton Netball Club currently have 4 senior teams, 3 playing in the Coventry and Warwickshire league, and 1 playing in a midweek indoor league.

They identified a need for a junior section of the club, as youngsters only had 2 junior clubs in the area to chose from, and a taster session in October 2017 proved extremely popular. Due to financial setbacks, the club couldn’t develop this idea into reality, so they applied for and were awarded an Active Grant.

With it, they’ve invested in 2 current players to carry out their Level 2 coaching qualifications, bought new equipment to run sessions, new kit and league registration fees to get started for the first year.

Haunchwood JFC are a junior football club training at Park Lane Pavilion in Galley Common. Established in 2011, the club have multiple teams playing in the Tamworth Junior Football League and the Nuneaton & Bedworth Minor League.

With the Active Grant monies, the club have been able to grow the club, and have successfully introduced 2 new tots teams (3-5 year olds). These are due to play in the Nuneaton and Bedworth Mini league starting from September. They have also engaged 3 further volunteer helpers from parents and carers.

They hope to ride their wave of success going into the 2019/20 season and hopefully start a girl’s team for next season, having experienced huge popularity this season.

In partnership with residents at sheltered housing complexes, we offer funding opportunities to receive aerobic or seated exercises sessions; or adapted and accessible sports equipment for residents to use within an organised session or with a friend.

Grove Complex & Hanover Glebe have both received sets of equipment so they could engage their residents in activity sessions and promote inclusion and getting active.

With the Active Grant, they have purchased a target mat, sets of Bowls with ramps, Boccia sets, Soft Archery, Kurling and bean bags.

Contact us if you have a project that targets young people and older adults within the wards of Abbey, Wembrook, Camp Hill, Bede, Barpool, Kingswood or people with disabilities.

With focus on these key themes:

When applying for funding from the Active Grants Funding Programme we expect a project to meet a minimum of 1 of the themes identified above and would want to see a minimum of 30% of the participants of your project coming from the target wards and provide evidence at the reporting stage that this is being met.

What won’t we fund?

> Projects involving construction, renovation or refurbishment of a property

© Get Active For Life, Nuneaton and Bedworth Borough Council 2021. All rights reserved.

Welcome to Get Active For Life. Your privacy is very important to us.

This website uses cookies to improve your experience while you navigate through the website. Out of these, the cookies that are categorized as necessary are stored on your browser as they are essential for the working of basic functionalities of the website. We also use third-party cookies that help us analyze and understand how you use this website. These cookies will be stored in your browser only with your consent. You also have the option to opt-out of these cookies. But opting out of some of these cookies may affect your browsing experience.
Necessary Always Enabled

Any cookies that may not be particularly necessary for the website to function and is used specifically to collect user personal data via analytics, ads, other embedded contents are termed as non-necessary cookies. It is mandatory to procure user consent prior to running these cookies on your website.